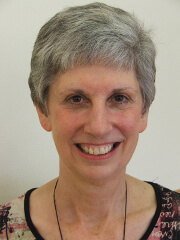 Jan Yordy has been working with children since 1973, first as an elementary teacher and later as a registered social worker and play therapist. In the last 23 years, her counseling practice has expanded to include work with teens and adults. Jan holds:

Jan tailors her counseling sessions to the needs and wishes of her clients. With empathy and wisdom, she draws from a range of tools to support others in letting go of the thoughts, feelings, beliefs and stuck patterns that have held them back.  She enables those who have suffered from trauma to process this in healthy ways, and she seeks to empower all to live meaningful and fulfilling lives. Her therapeutic toolkit includes the following techniques:

In addition to her private practice, Jan has developed a series of educational resources to help children process thoughts and feelings. Jan has also presented about holistic work with children, and adapting therapeutic techniques for use with children at a range of conferences:

Jan also enjoys presenting a variety of workshops to share her insights and tools with parents, educators and other therapists.